Cachaça is a drink of great cultural, social and economic importance for Brazil, and is directly related to the beginning of the Portuguese colonization of the country and to sugar activity, based on the same raw material as cachaça.

As early as 1502, the first sugarcane seedlings arrived in Brazil and in the first decades of Portuguese presence, the number of sugarcane mills in Brazil multiplied rapidly. The success was so expressive that until 1650 our country was the largest sugar producer in the world.

Cachaça followed the sugar cycle. According to the historian Luís da Câmara Cascudo, in his book Prelúdio da Cachaça (Cachaça Prelude), the first cachaça in Brazil was distilled circa 1532 in São Vicente, state of São Paulo. After the 16th and 17th centuries, when there was a significant multiplication of alembics in the sugar mills in São Paulo and Pernambuco, cachaça spread throughout Rio de Janeiro and Minas Gerais due to the discovery of gold and precious stones.

The success of cachaça was so great in Brazil that its sale was banned by the Portuguese Crown in 1649, due to the drop in sales of Portuguese wine. Cachaça was also feared in this period for the menace that it would stimulate the rebelliousness of black people. It was also used as a symbol of nationality when Brasil Colony started fighting to be free from Portugal. As a symbol of this struggle for the country’s independence, cachaça was served in conspiratorial meetings of the separatist group Inconfidentes.

During the 19th century, with the emergence of the coffee economy and an elitist society that began to reject its rural habits and to value European products and habits, cachaça ended up gaining the status of a popular product aimed at poor people, deprived from culture and education. However, the product continued to be highly consumed throughout Brazil.

From the 1980s and 1990s, a series of initiatives began seeking to value cachaça, which today is considered a typical Brazilian product. With the improvement in the manufacturing processes, cachaça has acquired even more quality and today it is appreciated not only here in Brazil but worldwide, being considered a widely democratic drink that pleases tastes of all social classes.

"Cachaça is the third most consumed spirit in the world, second only to Soju (Korean rice spirit) and vodka."

In 1996, then President Fernando Henrique Cardoso legitimized cachaça as a typically Brazilian product, establishing criteria for manufacturing and marketing. Several initiatives began to emerge there to boost the vision of cachaça as a genuinely Brazilian drink.

It is estimated that Brazil produces 1.4 billion liters of cachaça per year. There are more than thirty thousand producers and four thousand brands on the market. When we talk about column cachaça, São Paulo is the largest producer. However, Minas Gerais is the state that produces the most alembic cachaça. Cachaça, which is considered the best in Brazil and which is currently one of the products that generate the most jobs and income in the state.

In 2018, Brazil exported 8.41 million liters of cachaça to 77 countries, generating revenue of more than fifteen million dollars. Cachaça is the third most consumed spirit in the world, second only to Soju (Korean rice spirit) and vodka.

It is estimated that our country has a production capacity of around 1.2 billion liters of cachaça annually. Our sector is very diverse and producers of different sizes, technologies and markets coexist. According to the Brazilian Institute of Cachaça, Ibrac, there are almost 12 thousand production establishments in Brazil. Adding estimates from regional producer associations, we reached more than 14 thousand. Unfortunately, not all are registered with the Ministry of Agriculture, Livestock and Supply (Mapa) and the Federal Revenue Service.

Although 90% of the production is legal, less than two thousand establishments are formalized, according to data revealed by crossing the numbers of the publication ‘A Cachaça in Brazil – Cachaça and “Aguardente” Registration Data’, released by the Ministry of Agriculture, Livestock and Supply (MAPA) and the information collected by the Brazilian Institute of Geography and Statistics (IBGE) in the 2017 Agricultural Census.

These data show us that the choice of the product to be consumed must take into account an important criterion, which is the registration of the product in MAPA Despite the great appreciation of the artisanal product, the production of cachaça must follow strict quality standards to be available for consumption.

Some producing regions are already known by the Brazilian market as synonyms of quality. In almost all states we find cachaça production, but Minas Gerais stands out as one of the largest producers of artisanal cachaça in Brazil. Cachaça from Minas Gerais won Brazil and the World and is synonymous with quality.

Minas Gerais has the highest concentration of alembics in the country, 95% of them handmade, which gives the state the leadership in the production of this type of cachaça. The state is also known for its initiatives to promote cachaça as a drink for all classes, with it being served in all types of places, from bars to the lists of the best restaurants.

In Minas, several movements were born that boosted the organization of the sector, valued the image and provided technical and commercial support to the production of cachaça, making the state more respected and remembered by specialists when we talk about diversity and quality of cachaça. In the state there is the highest level of modernization of the sector in Brazil and also the largest number of small and medium-sized producers with registration, even though there is still a large number of non-legalized producers.

Also from Minas Gerais is the oldest entity that represents producers of alembic cachaça, Ampaq, and the first higher education course for Technologists in Cachaça, which was born in 2005, in the city of Salinas.

In 2007, the traditional manufacturing process, in an alembic, was declared a cultural heritage of Minas Gerais. Minas breathes cachaça, and it is practically impossible to visit the state without tasting a shot and returning home carrying a few bottles.

At the beginning of the migration to Minas, white (pure) cachaças were placed in wooden barrels to be transported. Due to the contact with the wood during the trip, the cachaça ended up yellowing and taking on its own aromas and flavors. Some say that it was the origin of the habit of aging and storing cachaça in wooden barrels.

The region is one of those with the highest concentration of artisanal cachaça brands in Brazil, with more than 50 producers, the most recognized of which are: Cachaça Seleta, Cachaça Havana, Cachaça Boazinha, Cachaça Canarinha and Cachaça Indaiazinha.

Cachaça is also a big part of the city’s cultural life, which promotes the World Cachaça Festival always in the month of July. The Festival celebrates the tradition of cachaça production, values drinking and leverages city tourism, as it receives thousands of people during the three days of the event.

In 2012, the Cachaça Museum was inaugurated, which has eight rooms where the rich collection of bottles and mills that tell the story of our past linked to cane is exposed. In the same year, the INPI (National Institute of Industrial Property) recognized the Geographical Indication, Indication of Origin modality for cachaça produced in the Salinas Region. This indication is a government acknowledgement of the quality and the economic and cultural importance of Cachaça produced in the region.

Do you want to learn more about the history of cachaça and still enjoy a good shot of Seleta? Come and visit Salinas. In addition to the museum, the city has a strong open market with regional products, in addition to the traditional cachaça stores where you can taste and purchase the products. 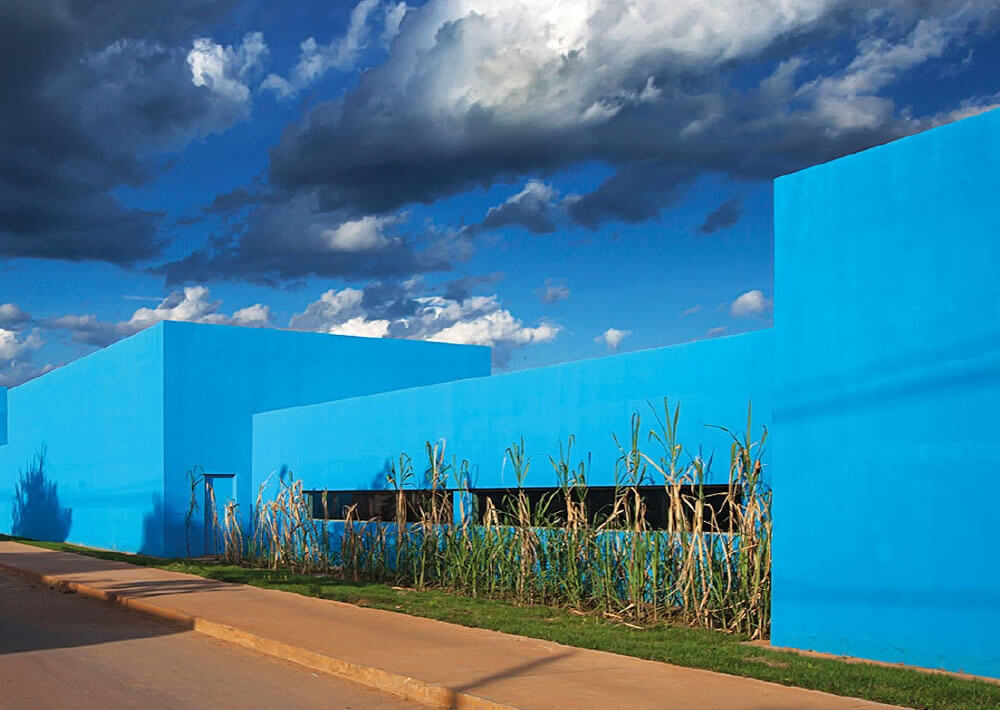 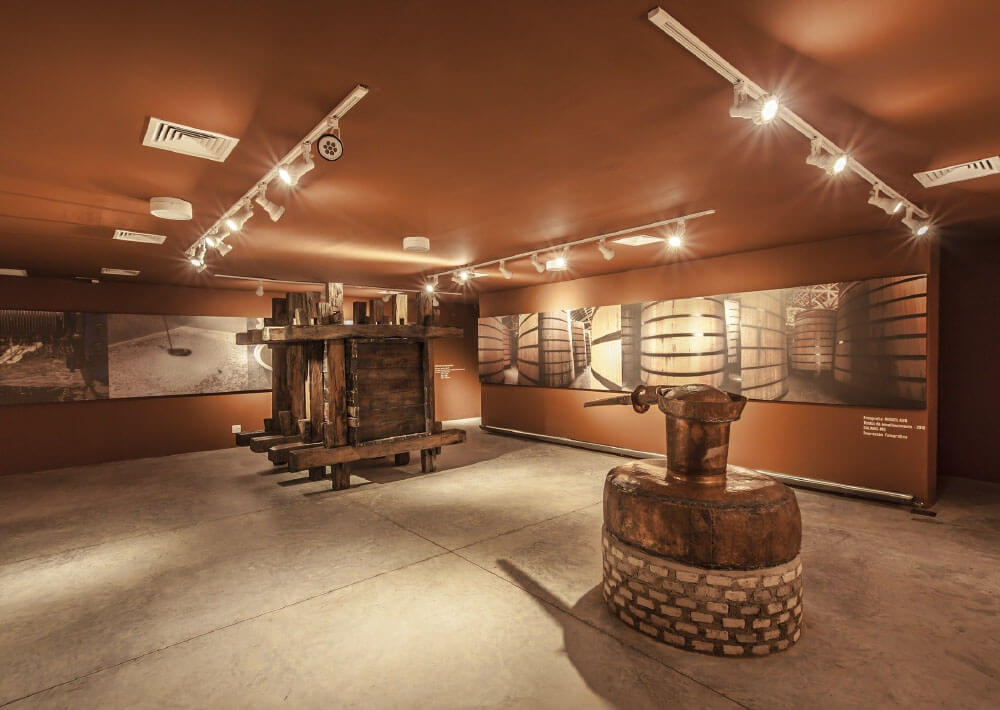 Meet the cachaças made in Salinas.